The city of Bhopal is well connected destination with both airport and rail connectivity. Know more on traveling to Bhopal in Madhya Pradesh.

How to Reach Bhopal 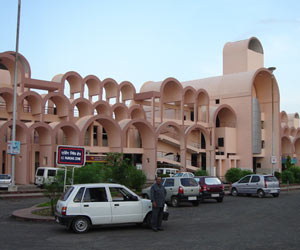 How to Reach Bhopal - Bhopal is one of the major business cities of Madhya Pradesh which is visited by a large number of people. The city also offers well connected transport facilities to other states in India. Get details on how to reach Bhopal by air, rail and road transport.

Airport in Bhoopal
Raja Bhoj Airport is the only airport in Bhopal air travelers. The airport is located 13 km north of downtown TT Nagar and Shamla Hills. Taxis are easily to and from the airport.
Services: Indian, Jet Airways and Air Deccan
Transfer: Many hotels provide complimentary transfer on prior notice; tourist taxis and auto-rickshaws to downtown New Market, TT Nagar are easily available.

Reaching Bhopal by Rail
One can easily reach Bhopal via rail as the city is well connected with two major railway stations. 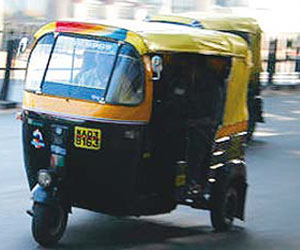 Transfer: Tourist taxis and pre-paid auto rick-shaws are available to and from the main city center.

Buses in and around Bhopal Air-condition deluxe coach from/to Indore (twice daily) and Pachmarhi are operated by Madhya Pradesh tourism board.

Local Transport in Bhopal
Tourist taxis, mostly at airport, railway stations or through hotels and travel agencies is available in Bhopal. You can also hire a car from MP Tourism board. Bhopal has a large number of auto-rickshaws (rates negotiable) more commonly used and available everywhere in the city.