Delhi Metro is new lifeline for commuters in Delhi and NCR of India. Get details on world class metro system of New Delhi, India. 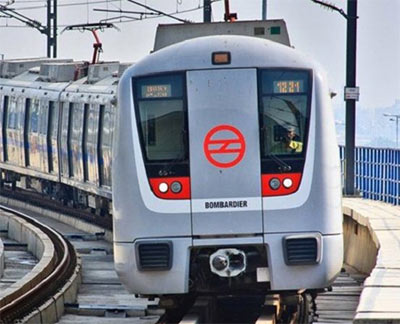 Delhi Metro - Delhi Metro is one of the most successful metro lines operating in capital of India. It connects commuters in Delhi and its satellite cities of Bahadurgarh, Ballabhgarh, Faridabad, Ghaziabad, Gurugram, and Noida in the National Capital Region of India with over 250 stations. The success of Delhi Metro has set up a role model for other metros to have a better transportation system in India. All the six lines of Delhi metro are operational covering the various parts of Delhi along with neighboring NCR regions.

Some Interesting facts about Delhi Metro are presented here:


Delhi Metro resume services after Covid-19 Lockdown
Delhi Metro resumed services from June 7 (Monday) on all of its network trains with 50% seating capacity and No commuters will be allowed to stand in the Metro coaches. Delhi Metro services were fully suspended due to Covid-19 lockdown in the national Capital from April 19 to May 31.