There is no official National Game of India. Cricket and Hockey are widely popular sports in India but none of them has been declared as a national game. 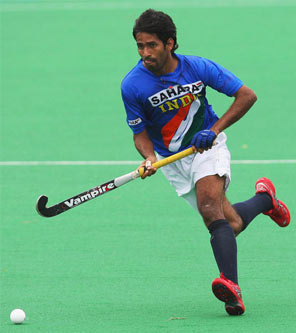 National Game of India - Despite the ever-growing popularity of cricket, and Hockey, there is no official national game of India. Although some experts believe that Hockey is the national game of India, but there is no official confirmation on that. The peak time of Indian hockey team was from 1928 to 1956, when it brought all the six consecutive Olympic gold medals home that were held during those years. The end of its glory were perhaps the result of the death of the star hero Dhyan Chand, the introduction of Astroturf (still a rarity in India) and the migration of many hockey-playing Anglo Indians to Australia. Recently, the few wins have rekindled the interest of the Indians in the forgotten game and have managed to grab a little bit of attention to the hockey sport team stars such as Dhanraj Pillay

Hockey was chosen as the National Game because of the team's unparalleled distinction and matchless talent at the time. During the phase, India had played 24 Olympic matches and won all of them scoring 178 goals and conceding only 7 goals. The only other achievements of the team later that are worth mentioning are the gold medal in the 1964 Tokyo Olympics and the gold medal in the 1980 Moscow Olympics. The black magic Indian touch and their ball juggling feats have become almost extinct now. Perhaps we need better coaches, more finances and facilities and more practice on Astroturf, which has a faster surface than the grass, where Indians have to practice. It will be a good idea to train the talented children in hockey right from school level, providing them the necessary funds, training and facilities to preserve the Indian glory.