In 2011, India's 50% population was below the age of 25. India tops chart in adding more people every year to its Population. Poverty, illiteracy and high fertility rate are some of the reasons for rapid growth in Population of India. The steps taken by Government of India to control Population have little success but there is a long way to go. It is estimated that Population of India will be stabilized by 2060. Total Male Population in India in 2011 was estimated at 623 million as compared to female which was 567 million. The state of Uttar Pradesh is the most populous state of India. 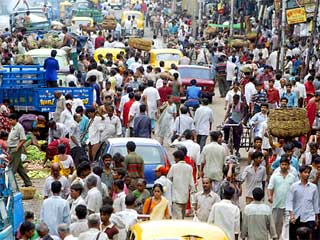 Sex Ratio of India in 2011
The sex ratio in India is decent and improving year by year. In the last 10 years, it has improved a lot in many states and rural areas. However a long way to go for the states likes Haryana and Punjab where is quiet low. The sex ratio of India in the year 2011 is 940 females/1000 males.