National Population Policy of India - It was long before procuring our Independence even that several discussion benches saw the onset of population policy. Much before Independence; in the year 1938 only a Sub Committee on population was set up by the National Planning Committee appointed by the Interim Government. The National Planning Committee passed a resolution in 1940 that stated the need for the state to adopt family planning and welfare policies in order to bring about a harmonious order of social economy. The resolution also stressed the need of limitation of children.

April, 1951 recorded further enhancements in this policy formulation as the First Five Year Plan labeled for an overt population policy and adjudged family planning as a pragmatic and essential step towards improvement in health of mothers and children. It was because in the plan, family planning was treated as a part of the health program and received a 100% funding from the centre government. And with each passing year, the amount of these funds has increased. The success of this family planning agenda was so dear to the heart of the government that even a separate department coined as Department of Family Planning was carved out in the Ministry of Health in the year 1966. This was done with an objective to reinforce the population control program. 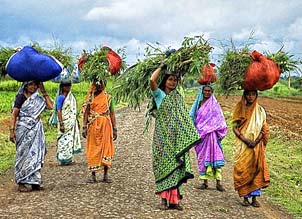 This National Population Policy was further modified and re announced in 1977. In this new policy, what was reinforced was education and health. The latter component of the reformulated policy included the general as well as maternal and child health both. A voluntary family planning was also introduced here on. This also saw the change of the phrase from Family Planning to Family Welfare program that is maintained till date.