Population of Kochi (Total Metropolitan Area) is estimated to be 2,856,875 in 2020. Information on population, sex ratio and literacy rate in Kochi (Cochin).

Population of Kochi - Kochi is one of the most popular commercial hub and a tourist paradise in Kerala. The city has grown from an ancient port city to a well developed trading center. According to estimated figures, Current population of Kochi city is 889,893 in 2020. However this figure stands at 601,574 in 2011 and 628,464 in 2012. There has been descent increase in population of Kochi city over the last 10 years, however its metropolitan area population is increasing by over 3% every year. Kochi along has witnessed a growth of 30% to 40% in its metropolitan area population over the last 10 years. Thus it brings lot of challenges for the government to maintain health and other facilities in Cochin for this growing population. Construction of Kochi Metro (Rapid transit system) is one of the steps taken by the Government to improve mobility within the city areas. Kochi has witnessed a rapid growth in information technology, health services, ship building, international trade and tourism sector thus inviting more people from all over India. 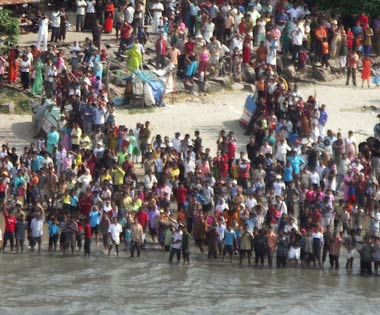 Sex Ratio in Kochi (Cochin)
The sex ratio in Kochi which stands at 1028 females for every 1000 males is far better than national female-to-male ratio of 933:1000.

Literacy Rate in Kochi
Kochi is one of India's top cities as far as Literacy rate is concerned. The city has 97.5% literates which is considered to be far best than national figure of 74%. There is a gap of 1.1% between female and male literacy rate.

Religious Population of Kochi
People of various traditions and culture are living together in Kochi from a long time. Population of Kochi (Cochin) consists of Hindus, Christians, Muslims, Jains, Sikhs, and Buddhists and various other groups. Hinduism is considered to be main religion in Kochi which is being followed by more than 45% of total population. Also there is a large number of Christians living in Kochi. The city has one of the largest Christians populations in India. Malayalis forms a large number of local residents in Cochin. The People from various parts of Kerala and India enjoy a healthy lifestyle in vibrant city of Kochi.

Growth of Population in Kochi
Population of Kochi's total metropolitan area is growing at a very fate pace. There is a annual increase of 3% in its population.