Population in Punjab is dominated by Sikh/Punjabi community. This article offers information on current population of Punjab state with sex ratio, and literacy rate.

Population of Punjab - The splendid state of Punjab lies in Northern part of India. Punjab is dominated by Sikh/Punjabi community with more than 57% population. Rest of the population represents Hindu, Muslims, Christians, Jains, and other communities. The Punjabi language also known as Gurmukhi is the official language of Punjab. Punjab is a leading state of India with agricultural production and per capita income. Jat Sikhs forms a larger part of Sikh community in Punjab. Their main occupation is believed to be agriculture and its related work. Population of Punjab is growing at a good rate every year from the time of Independence. The population of Punjab in 1991 was estimated to be 20.19 million. It reached further 24.3 million by the end of 2001. Around 20% of total Population in Punjab is migratory from other regions in India. The literacy rate in Punjab stands at 75% which is quiet descent. Agriculture is the main source of income of the people in Punjab. About 66% of the Population in Punjab lives in rural areas.

Another important factor related to Population of Punjab is its ever declining sex ratio. In the last 20 years, it has gone down very rapidly. According to recent figures, there are only 895 females per 1000 males in Punjab. 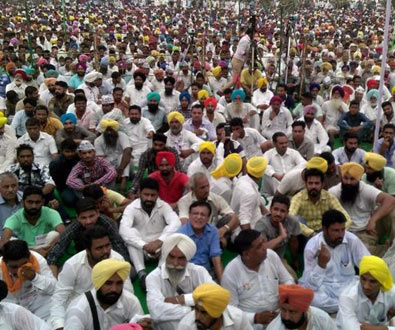 Most populous city
Ludhiana city is the administrative hub of the district and largest city in the state. The city is currently home to over 17.79 lakh people as of 2021.

What is the Population of Punjab
Home to majority of Sikhism followers, Punjab is currently home to 31,623,274 people in India.