The Monsoon Season in India brings along a quite heavy rainfall along the west coast between June and September. Check out Monsoon/Rainy Seasons in India. 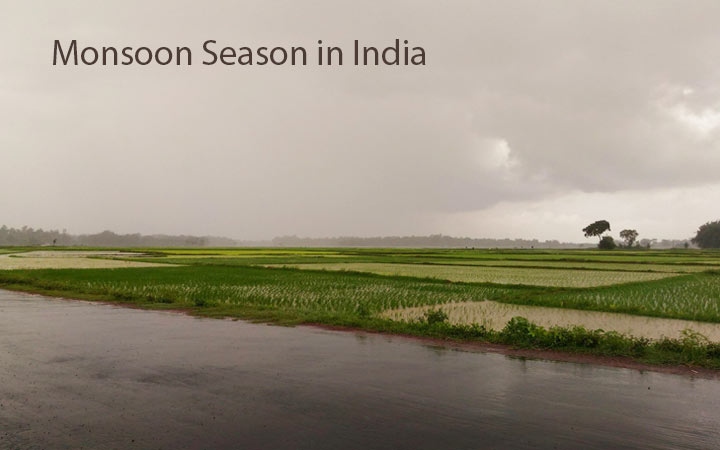 Monsoon in India - Strong, violent winds that often change their direction with the season and bring about a considerable change in the climate are termed as Monsoon winds. Blowing from cold to warmer regions, these winds move from the land toward the sea in winter and from the sea toward land in the summer.

The monsoon season in India brings along a quite heavy rainfall along the west coast between June and September whereas the eastern coast observes rains somewhere between mid-October and December. The monsoon winds in winter mainly blow from northeastern region of Indian subcontinent carrying a little amount of moisture. With the Himalayas acting as a barrier to the cold air from passing onto the subcontinent, the winters in the country go relatively dry.

The summer monsoons on the other hand reach India from the southwest. Humid winds carrying moisture from the Indian Ocean reach the region somewhere between June to September and cause heavy rains along with them. This summer monsoon at times is accompanied by torrential rainstorms that cause some violent landslides at times that have the potential of sweeping away the entire towns or villages. But this summer monsoon is ye heartily welcomes in India irrespective of its destructive potential. It is because about 70% of the population of this agriculture based economy of the world depends on these winds for irrigation. Moreover a considerable amount of the entire electricity consumption in India is also generated by water power provided by the monsoon rains.