Know more on basic of Yoga Philosophy which guides us to the fact that nothing exists beyond the mind and its consciousness. 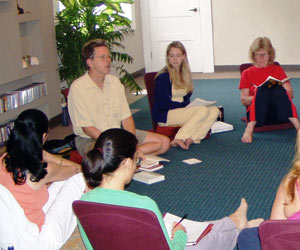 Yoga Philosophy - One of the six systems constituting Vedic philosophy, the Yoga philosophy of sage Patanjali is often referred to as the yoga of eight parts or limbs, collectively known as Ashtanga Yoga. Standing pretty close to two other forms of Indian Yoga philosophy namely the Vedantic and Sankhya philosophy, Ashtanga Yoga is a pragmatic manifestation of both of them.

Complementing the three functions to the mental body assigned by Sankhya philosophy namely mind (mana), intelligence (buddhi) and false knowledge (mithya jnana), a fourth element of chitta or conditioned consciousness is added to it by Vedantic philosophers. But our Yogic philosophers crumple this category of the mental body with the mind and consider acumen and forged ego as facets of that mind with the chitta denoting an array of mental states. Yoga considers chitta to be such a lake, that has a calm and peaceful appearance but whose vital serenity is made murky by various insubstantial surface waves. Yoga philosophy suggests just two ways of disturbing this quietude and engendering patterns of thought-through sense perceptions (pramana) and by triggering the memory off.

To sum up we can iterate that the fundamental doctrine of Yoga philosophy is that nothing exists beyond the mind and its consciousness and this is the only eternal reality. The main aim of this philosophy is to evacuate all the fallacies prevalent about the existence of external 'realities' from the minds of men. This philosophy holds that a utopian stage of self realization can be attained by a regular practice of certain yogic meditative processes. This will cause a total detachment or withdrawal from all false sources of knowledge and will thus instill an inner sense of balanced calm and tranquility.